Micro wedding and elopement ideas in Vancouver, BC

When COVID-19 hit Vancouver in March 2020, the idea of a 100+ person wedding was thrown out the window. When small weddings were allowed to happen during the summer, people started to reevaluate what was really important to them when it came to getting married. We began to see more and more micro weddings and elopements, as people were realizing what they wanted to do most of all was get married to their partner and celebrate their love. They didn’t need a big fancy dinner with speeches and dancing. Instead having a toast with family on the beach seemed pretty amazing!

We’ve put together some ideas for small weddings and elopements in Vancouver. While the pandemic has been hard on us all, what we’ve all come to realize is that you can’t cancel LOVE 🙂 If we can give you one piece of advice if you plan on getting married in 2021 – don’t give up. Elopements are possible! While the rules and regulations are changing all the time, wedding ceremonies have never not been allowed to happen.

We’ve put together a list of five tips to think about when postponing your wedding. You can see them HERE.

1. Forest elopement. One of the most amazing things about Vancouver is how we are surrounded by nature and there are so many options for elopement locations. One of our favourite places to photograph is Pacific Spirit Park surrounded by the tall trees. Heather and Paul chose to spend the morning getting ready together in their apartment. We celebrated with champagne and then hit the town to do photos in some of their favourite spots – in Gastown where they live, at the beach, and then of course in the forest. We then met their immediate family for their ceremony followed by coffee and cake!

The benefits to an outdoor, small ceremony is that it’s so easy for your guests to socially distance if they need to – perfect for those COVID restrictions! They knew they wanted to have family there to see them get married, and by keeping their guest list to under 20 people it gave them the best chances of not having to tell people they couldn’t come. 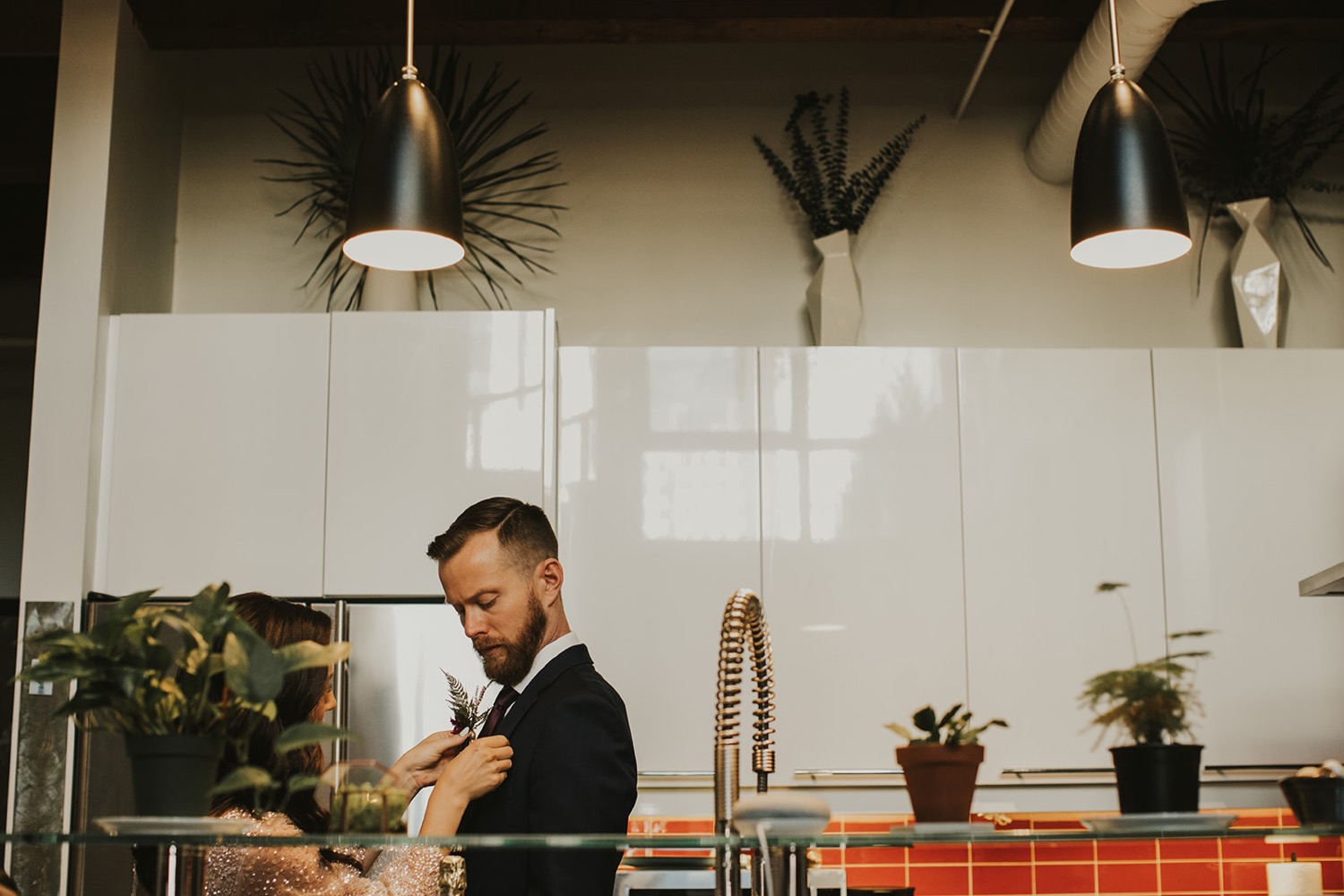 2. Hycroft Manor elopement. Dania and Chris knew they wanted to get married no matter what, so they planned an intimate ceremony for the two of them at Hycroft Manor in Vancouver. Alongside the two of us for photos, they also hired videographers (Erin and Mac from Hello Tomorrow) to capture their day – they had so many ways of sharing with their friends and family! After doing a first look and portraits, they said their vows, cut their cake and celebrated with a glass of bubbly.

For these two, getting married was the most important part about their wedding, and by doing a ceremony with just the two of them it meant they could focus on being present and spending the whole day together. After leaving Hycroft Manor they travelled downtown and had a catered dinner for the two of them in their hotel room at the Fairmont Pacific Rim. Yum! 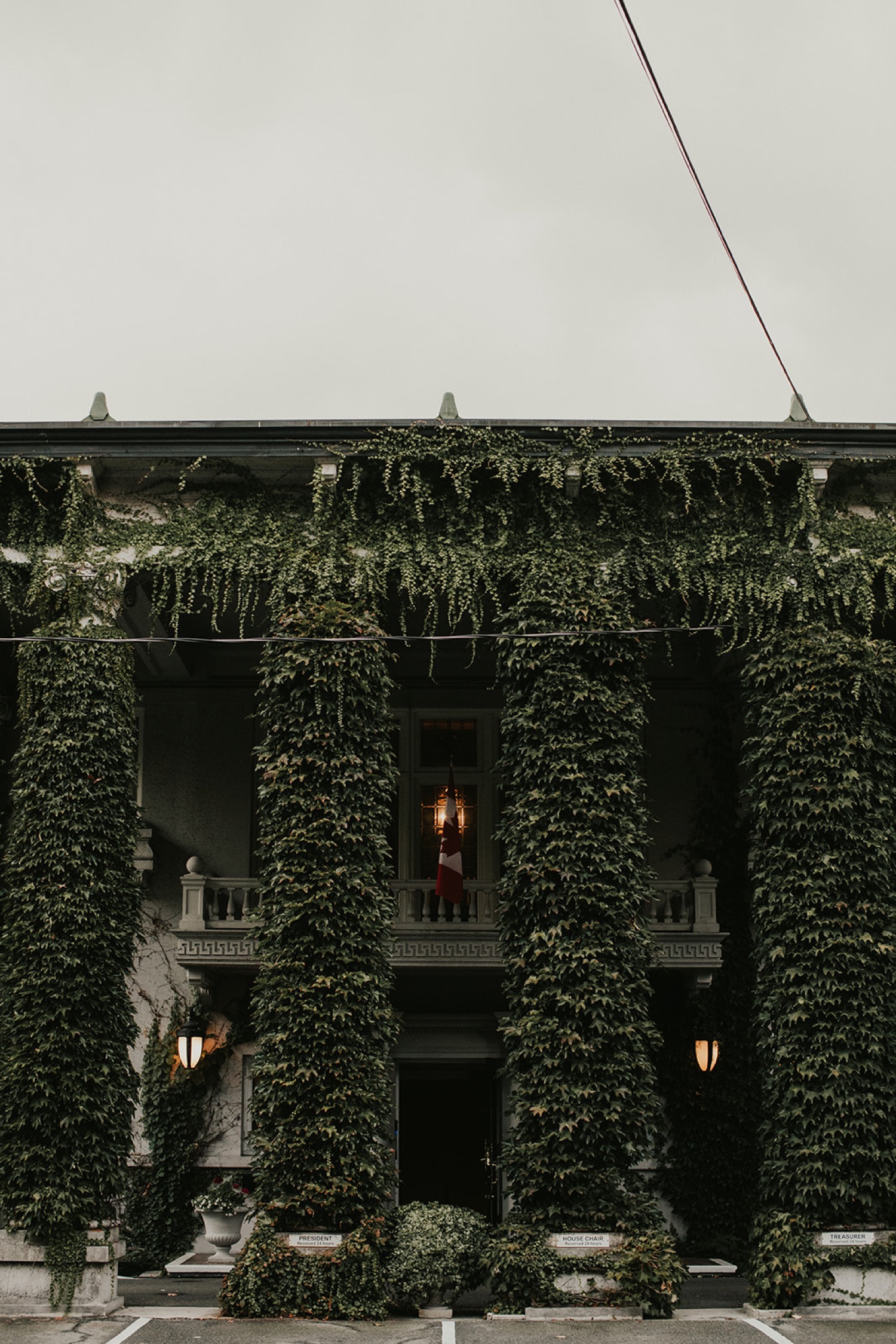 3. Backyard micro wedding. Elly and Jeff chose to have a micro wedding in her grandparents backyard. They invited immediate family to witness them tie the knot and then celebrated with champagne in the sunshine! For these two we didn’t venture off the property and instead chose to do photos in the garden and Elly’s grandfather’s old British pub he had set up in the basement.

With a small guest list and an outdoor ceremony planned, it meant that these two could easily follow whatever COVID restrictions were in place at the time. 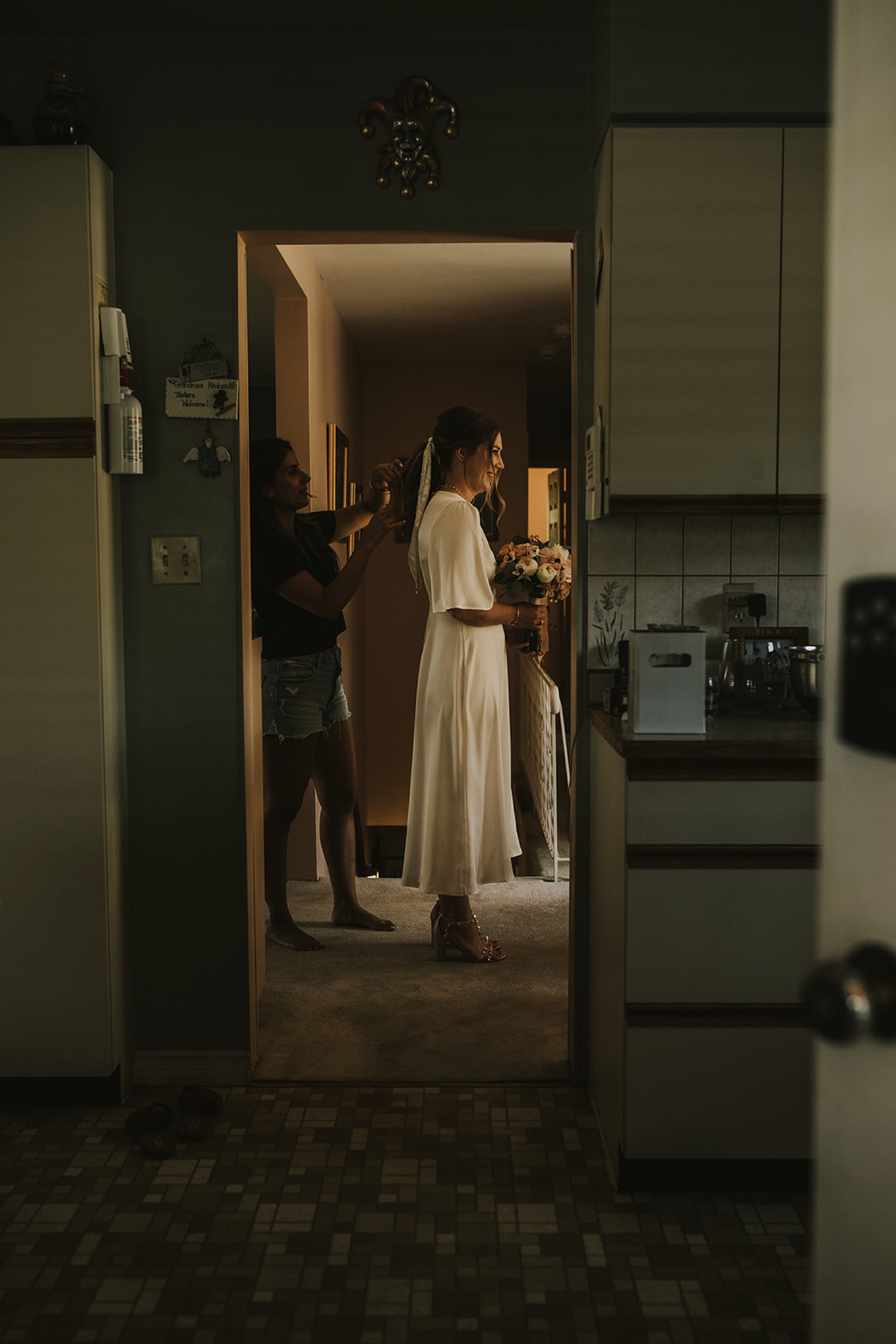 4. Oceanside elopement. Bea and Anthony don’t have any family in Vancouver, and rather than fly everyone out here, they opted for a small ceremony by themselves. We met them at Lighthouse Park in West Vancouver, and after a walk through the forest to the water they said their vows with the crashing waves as their backdrop.

It was the perfect cloudy day for these two, and after photos by the water and in the forest, they headed back into Vancouver for an intimate dinner for just the two of them! 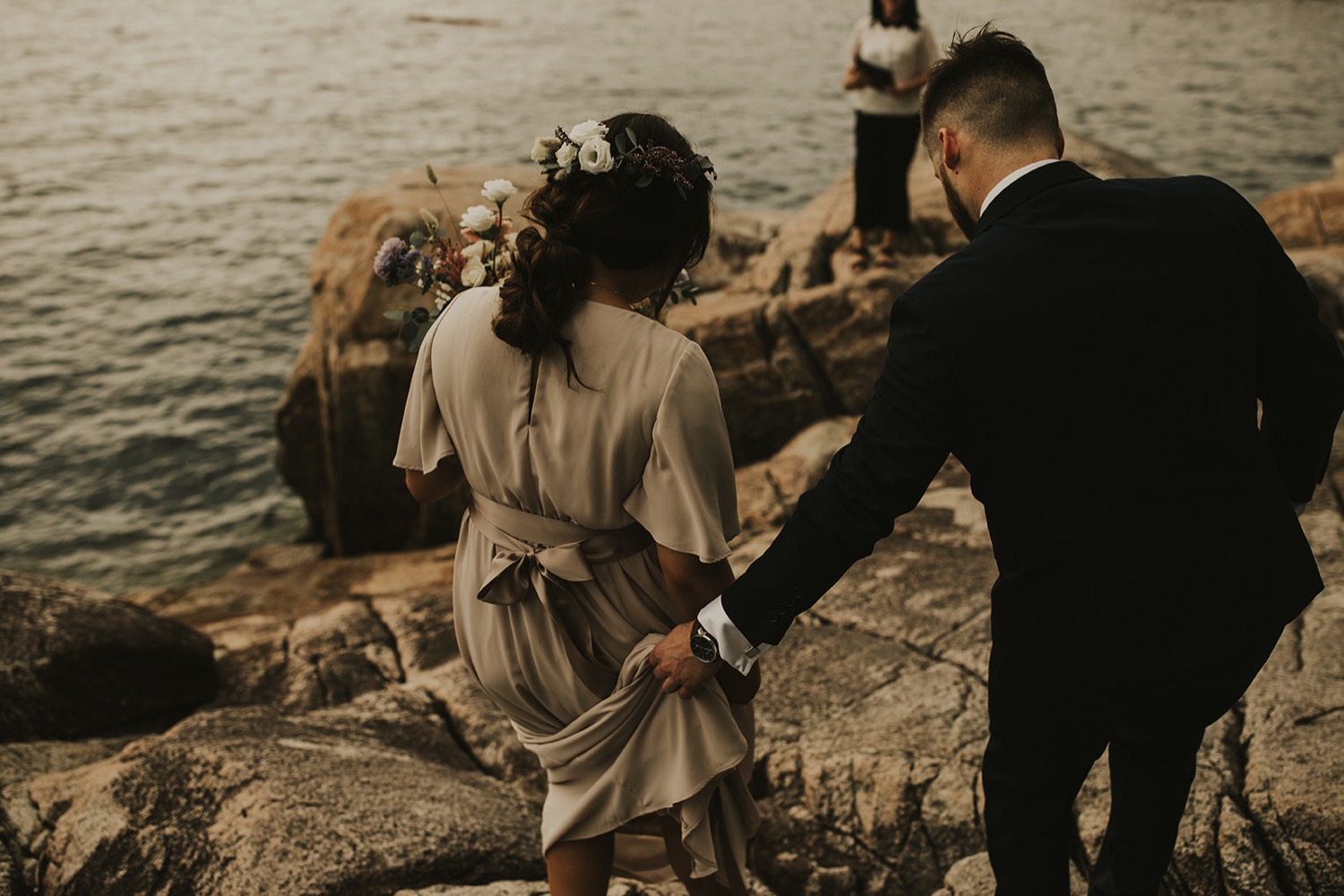